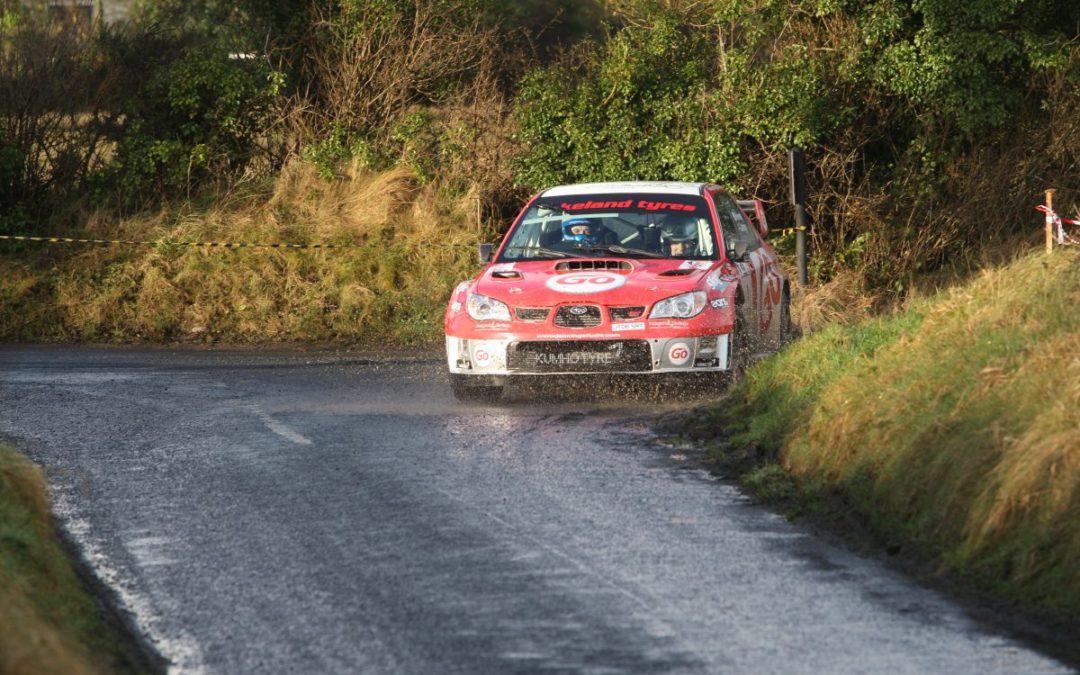 This weekend’s Galway International Rally marks the start of the 2020 Irish Tarmac Rally Championship. 19 R5s and S2000s will kick off the championship on the traditional season-opener. Top seeded ITRC crews include last year’s runner-up Alastair Fisher, 2015 champion Donagh Kelly, as well as brothers Sam and Josh Moffett who are both looking for their second Tarmac Championship.

Two time Galway Rally winner, Garry Jennings, will run first on the road but won’t score ITRC points as he is in his Subaru Impreza S12B WRC.

An array of R5 machinery will tackle the challenging Galway stages with the line-up including three Volkswagen Polos, two Protons, and a brand new Ford Fiesta Mk2. There have been several drivers swap manufacturers during the winter break including the Moffetts and Desi Henry who will compete in Galway in Hyundai i20s.

The ITRC has invested in its next generation of potential champions by providing prize drives for the Junior Class 16 champion as well as the R2 champion. M-Sport Poland has also come onboard to support podium Fiesta R2 finishers on each round. R2 entrants include Johnnie Mulholland and Eamonn Kelly who are both following in the footsteps of their rally-driving Fathers.

The modified entry is topped by Galway’s Richard Whelan who finished third on his home rally last year in his BMW 130i. Behind Whelan is Armagh’s Jason Black, who returns to rallying after a short spell on the sidelines, in his Toyota Starlet which has been upgraded to Class 13 specification. Ray Breen also returns to Galway in his immaculate MG Metro 6R4.

The rally will get underway with scrutineering at Motor World, Oranmore, from 1.00pm on Saturday 1st February, followed by the ceremonial start in Eyre Square at 7.00pm. Both are ideal opportunities to see the rally cars and drivers prior to the start of the competition.

Headquarters for the event is the Clayton Hotel. The rally route will cover nine closed road stages on Sunday. The Service Park will be in the IDA Loughrea Technology and Business Park, by kind permission of the IDA. The rally will finish on Sunday evening with the ceremonial finish at the Clayton Hotel from approximately 4.30pm. Admission to all events is free over the weekend.

The competitive rally consists of three loops of three classic Galway stages, including the Black Road test. The 14.3km Tynagh stage will be the first challenge facing the competitors on Sunday with the first car due to start at 9.10am.

“It’s great to see such a quality entry for the Galway International Rally. I would like to wish the Galway Motor Club an enjoyable and safe weekend.”