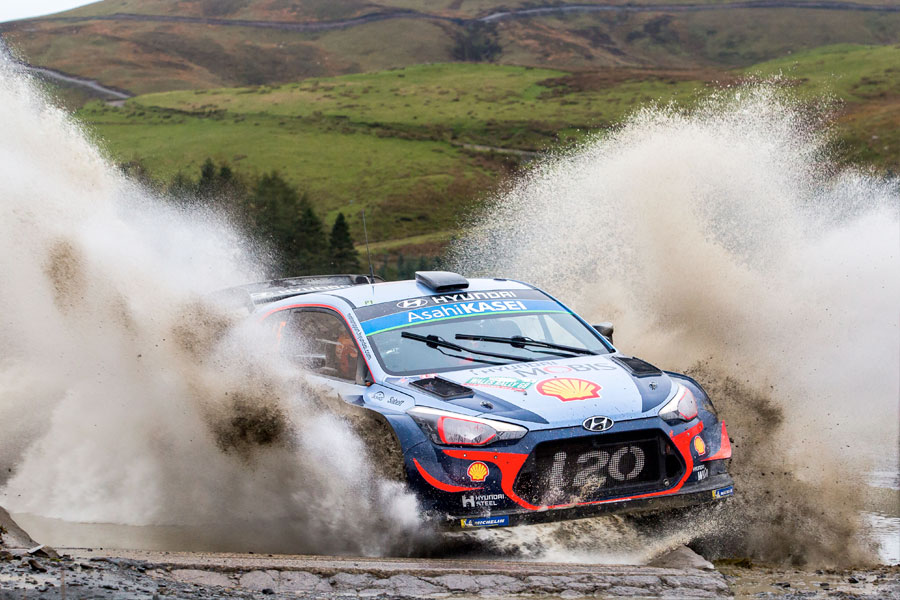 The WRC title chase fight is heating up, even as we prepare for the cooler and potentially wetter conditions expected at Wales Rally GB, the 12th round of the season.

We will field a three-crew line-up to compete on the tough Welsh roads as we aim to reinforce our championship aspirations. Following a hard-earned podium in Turkey, we are targeting a strong all-round team result.

“The WRC title battle is steadily reaching its peak,” said our Team Director Andrea. “We have to capitalise on the improved performance of our i20 Coupe WRC with a competitive all-round performance. As a team, we have to concentrate on managing the things in our control to the very best of our ability.”

Back to where it started

Andreas and Anders celebrated a well-deserved third place at the last round, overcoming the punishing gravel roads in Turkey. They will be looking for more of the same on some more familiar stages.

“Wales Rally GB is where I started my WRC career, so always holds a special place on the calendar for me,” said Andreas. “It’s one of the trickiest gravel rallies we do all season as the stages are fast paced but also very muddy.”

Thierry and Nicolas are also mindful of the weather conditions in Wales, as well as the long days. “Wales Rally GB can be one of the wettest rallies on the calendar, so we have to be prepared for an eventful weekend,” said Thierry. “The itinerary is demanding but it’s what Wales is known for and I’m ready for the challenge.”

Joining our Belgian and Norwegian crews will be Craig and Paul for a second WRC outing for our team after an encouraging performance in Finland.

“It’s great to be back in the car again,” said Craig. “Finland exceeded my expectations and definitely gave me a lot more confidence going forward. I know it’s going to be difficult and we need to do everything we can to provide good manufacturers’ championship points.”

This year’s rally sees the return of the Oulton Park stage after 26 years as the event’s opening spectacle, based in Liverpool. Once back in Wales, operating from the new Service Park location of Llandudno, crews will compete on more accustomed terrain, but it won’t be without its difficulties. Friday’s second Aberhirnant stage will be run in night-time conditions, while Saturday’s schedule covers over 150 km with no luxury of lunchtime service.