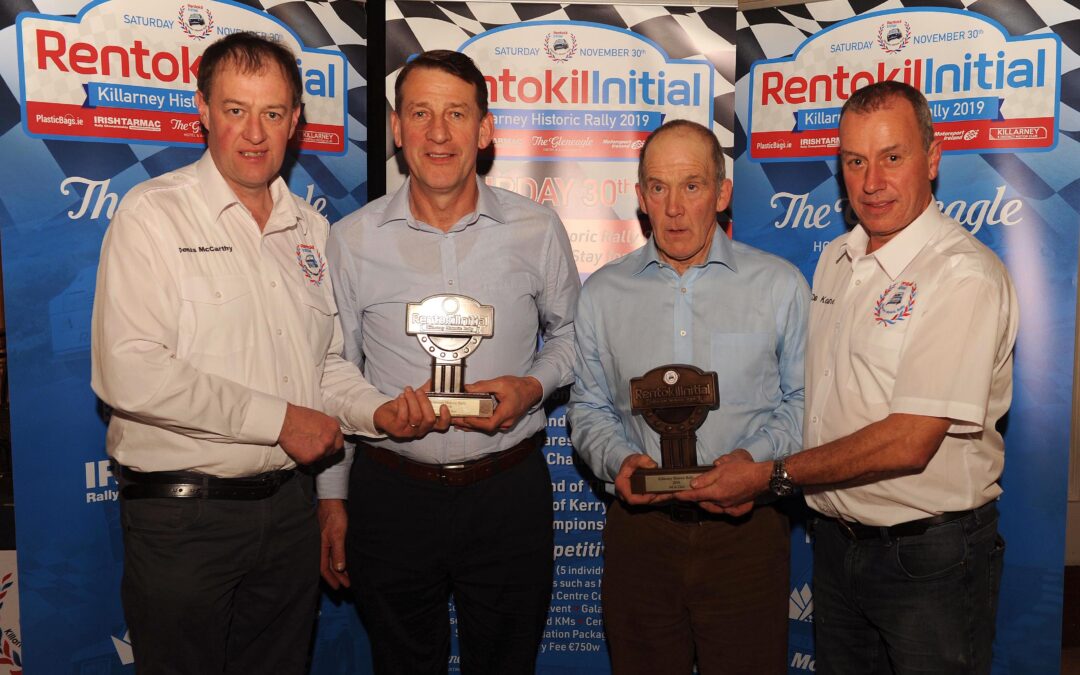 It’s all change at the helm of Killarney and District Motor Club as a new committee has been elected to lead the club into the future.

The club held its much delayed 2020 Annual General Meeting, in a socially distanced manner, at Killarney Racecourse last Thursday evening.

Long-serving club official and volunteer Dan Keane, from Kenmare, was elected as the club’s chairman and he replaces Muckross’ Diarmuid Cronin who stood down after over ten years in the position.

Dan brings a wealth of experience to the role, he has held several senior positions on the organising committee of the club’s two main events, The Rally of the Lakes and the Killarney Historic Rally.

A former rally co-driver, highlights of his ten-year career include winning his class in the 2000 Irish Tarmac Rally Championship and finishing ninth overall on the Manx Trophy Rally the same year.

“It is a great honour to be voted in as the chairman by my club colleagues,” he said. “I am looking forward to the future of the sport and seeing some sort of normality returning.”

He paid tribute to Mr Cronin and his outgoing team before taking up his position as the chair of the second-biggest motor club in Ireland.

Other newcomers to the committee include Orla Galvin Griffin as the new treasurer and Ivan Hurley as the new club PRO.