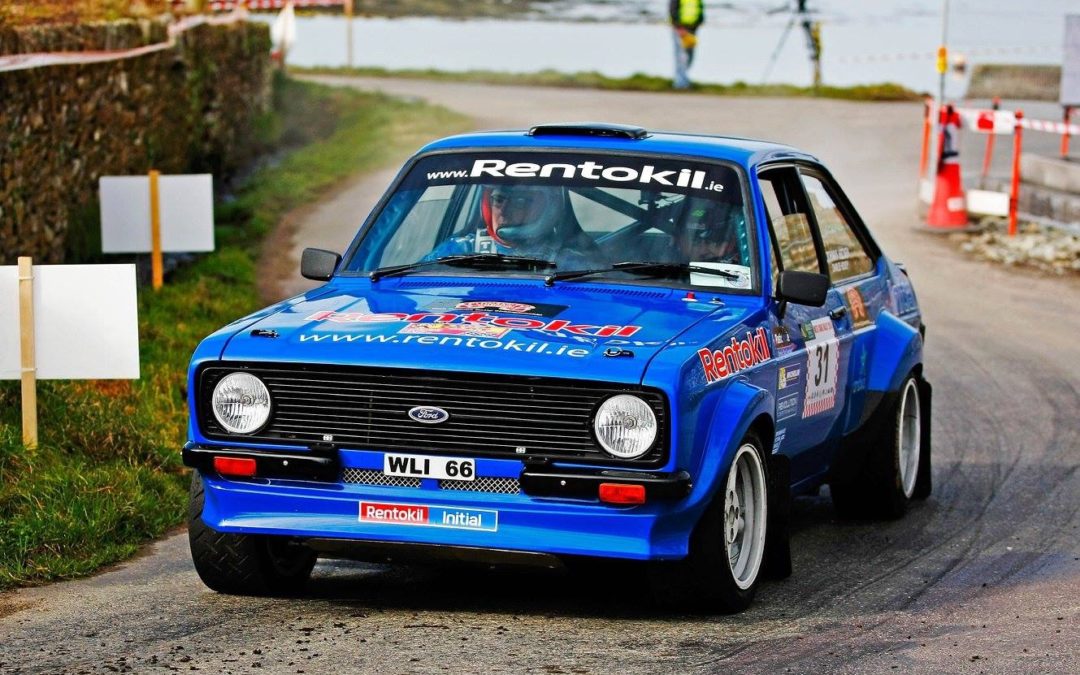 They are using  the April 7th event as a high-speed shakedown ahead of their home event, the Cartell.ie Rally of the Lakes on May 3rd to 5th.

Leading local crew are Killarney father and son team Charlie and Johnny Hickey, who are fitting a new engine block to their Ford Escort Mk2.

Headford’s David Slattery and Denis Coffey will contest their first Kerry Circuit of Kerry in seven or eight years in another Escort while their neighbours Denis Hickey and Sean Nolan will be considered front-runners in the 2400cc class.

Denis Nagle and Timmy Kelly compete in a Nissan Micra.

Rathmore’s Todd Falvey will one of the leading historic class contestants in his ex-works Escort.

David Griffin from Castlemaine, driving a Toyota Corolla is another historic rally contestant.

The entry list for the event is due to be published early next week and several more KDMC members are expected to appear on it.

Entries for the Cartell.ie Rally of the Lakes will open in the coming days, once the event regulations have been approved by Motorsport Ireland.