“Full steam ahead” for 40th Cartell.ie Rally of the Lakes 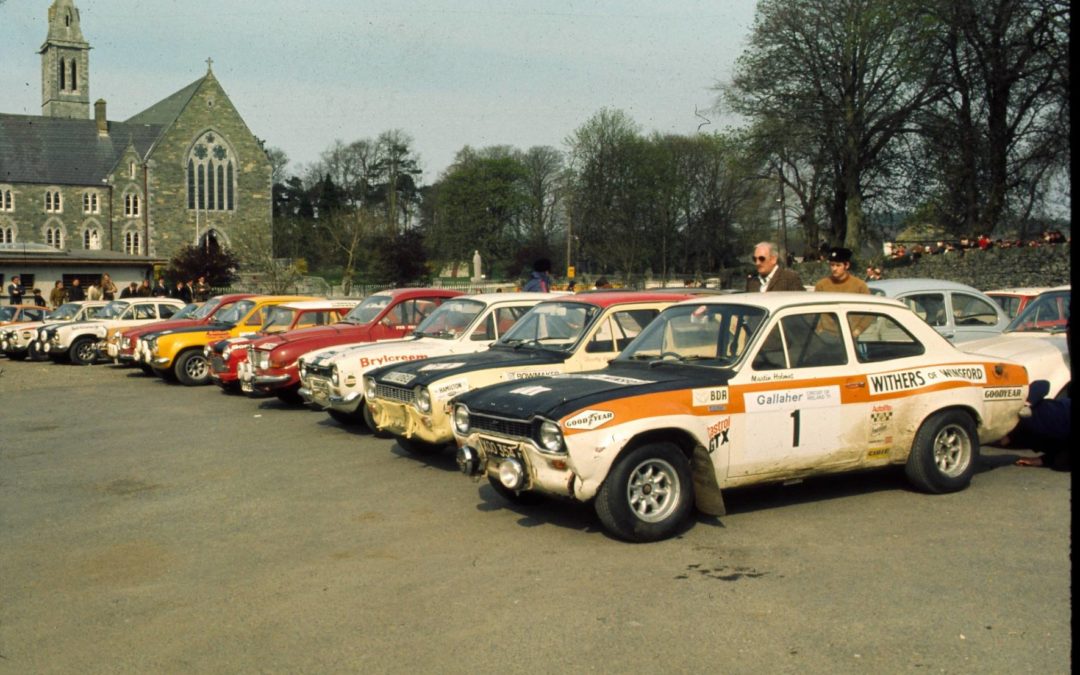 The Fair Hill  Car Park will once again feature rally cars.  Our picture shows competing cars lined up for the 1971 Circuit of Ireland. Pic: Rally Retro

Killarney and District Motor Club’s plans are well-advanced for its 40th anniversary Cartell.ie Rally of  the Lakes.

As well as the rally itself the club is planning a range of other celebrations to mark the occasion.

A demonstration rally, for pre-1990 rally cars, will run over 11 stages of the rally, allowing fans to relive the glory days of Irish rallying.

The usual Friday evening ceremonial start will switch from High Street to the Fair Hill Car Park in a move that is both for logistical and historical reasons.

Organisers are concerned that the large number of fans expected in Killarney for the weekend will cause congestion in High Street so an alternative location was sought.

Back in the 1970s and early 1980s, when the Circuit of Ireland Rally visited Killarney every Easter, the Ulster Automobile Club used the Fair Hill car park as the overnight halt and that is one of the main reasons why this location was chosen for this year’s Rally of the Lakes start ramp formalities.

Thanks to support from Killarney Municipal District Council this will now be possible.  The Fair Hill car park has been used as the overnight halt for the Rally of the Lakes in the past too but in more recent years the cars overnighted at the Lewis Road car park and this will continue this year.

The club will host the official launch of the rally at the Gleneagle Hotel on Sunday April 14.

Meetings continue at 8pm every Monday night at the hotel and anyone with an interest in motorsport is welcome to attend.

“It is full steam ahead for the next five weeks,” said clerk of the course Dermot Healy.

A commemorative  collectors programme will be published ahead of the event, looking back at  four decades of history of the rally that was first run in December 1979 with Mike Marshall as the clerk of the course. He is still involved in the rally today.

Entries are expected to open this week once Motorsport Ireland approval has been granted.