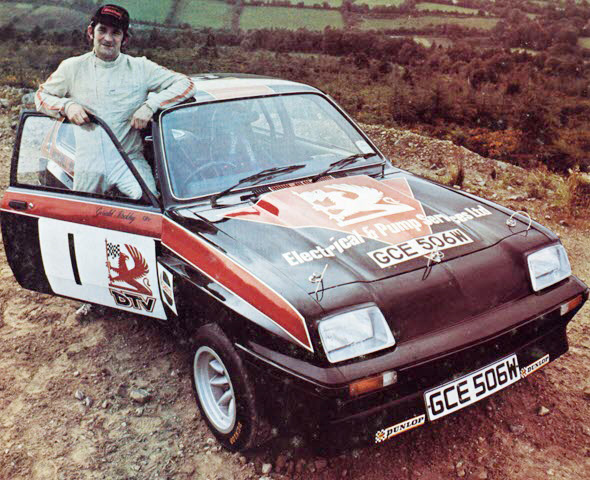 The winner of the second Rally of the Lakes, Ger Buckley, will be reunited with his event winning Vauxhall Chevette HSR at the rally’s start ramp in the Fair Hill Car Park tonight (Friday).

Killarney and District Motor Club is this weekend celebrating the 40th running of the popular two-day rally with a host of sideshows organised to run alongside the main  event.

The rally will get underway with the traditional ceremonial start at 6pm tonight where Buckley will be reunited with the car he drove to victory 39 years ago.

The Banteer man, a cousin of the legendary Billy Coleman, won the Rally of the Lakes in 1980 driving a Vauxhall Chevette that was originally built by the factory rally team.

Buckley enjoyed tremendous success during the early 1980s and drove the famous Vauxhall to victory on several rallies including the 1981 Circuit of Kerry and Cork ‘20’ International Rally.

He sold the car to his north Cork neighbour Demi Fitzgerald who went on to win the 1981 Rally of the Lakes and back-to-back Circuit of Kerry rallies in 1982 and 1983.

After that the famous car arrived in Kerry and was used by Killarney garage owner Patie Murphy for one season. Murphy finished fourth on the 1984 Rally of the Lakes, one of the best ever local performances in the early days of the rally.  Mike Dunnion was the last known driver of the car and he used it on Irish and British events through 1987 and 1988.

The car was bought back by the Buckley family in 2017  and it underwent an extensive restoration by Derry-based historic rally competitor and Vauxhall expert Mervyn Johnstone.

Friday night will mark the car’s first appearance in Killarney in possibly 30 years.  It will be shown complete with 1980 Electrical and Pump Services Ltd livery.

“Gerald has great memories of the Rally of the Lakes and is especially delighted to have the car back with him at the event this year,” said his son Patrick. “Moll’s Gap  and Beallaghbeama stages in particular were, and continue to be really special stages  and you need a special car to have a right crack off them – the Chevette at the time gave you that opportunity to really go after a time  and take an edge in the rally.”

Adding to the occasion Dunnion will drive a different Chevette HSR in the Lakes Rally Fest, the demonstration class that has been introduced to the rally this year, to celebrate the event’s 40th anniversary.