Devine Looking To Up The Pace In The Kingdom 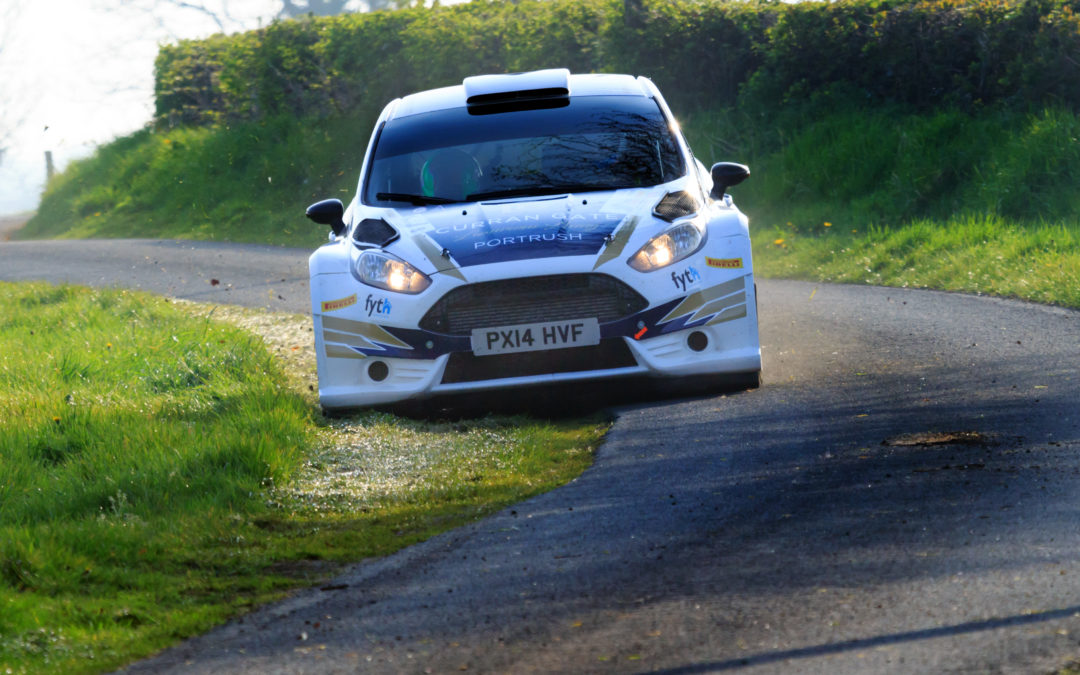 Former Motorsport Ireland Young Rally Driver of the Year, Callum Devine, who has proved a leading light in the Irish Tarmac Rally Championship this season, is aiming to build on his impressive showings over the last 2 rounds, as the series heads south to County Kerry for the Cartell.ie Rally of the Lakes. Devine, who missed the season opening round in Galway, produced an eye catching drive on the West Cork International Rally to claim 6th overall and followed this up with a 4th place finish in Antrim on the UAC Easter Stages Rally where he and co-driver Brian Hoy claimed 3 fastest times and were in contention for the runner up spot, behind WRC star Craig Breen, until a power steering issue intervened.

The Derry driver has been satisfied with his progress to date, especially as he has had much less time in R5 cars than his rivals. “It’s been a positive start to the year” said Devine ahead of the weekend. “I am really pleased with how I’ve got to grips with the R5 Ford Fiesta this year and I’m enjoying building on my Junior World Rally Championship experience from 2018, I’m only realising now just how much both myself and Brian learned last year. I’m really looking forward to the challenge of the Rally of the Lakes this weekend and have good memories of the event, having taken victory in the R2 class there in 2015 and 2016. The rally includes some of the most challenging stages in Ireland and with some interesting configuration changes this year, it might provide for a few surprises on the results. I was very happy with my pace on day 2 of the Easter Stages but I need to try and maintain that level of speed now. I’m sure the rally organisers are going to lay on a fantastic event for its 40th anniversary and I’m really looking forward to it.”

This year’s Cartell.ie Rally of the Lakes gets underway on Friday evening with the traditional ceremonial start in the Fair Hill Car Park in Killarney which will give fans the ideal chance to see Callum’s FYTH/Curran Gate backed Ford Fiesta R5 up close.

Giving his final thoughts ahead of the rally, Callum remained hopeful of his chances; “There is a very high level of competition in the Irish Tarmac Championship this year, especially with the likes of Craig Breen and Paul Nagle tackling the series. It has given everyone a fantastic benchmark, particularly now that we’re in equal machinery. Competing against a driver of that level means you have to raise your game and hopefully I can build on my performances to date this weekend.”